What lengths would you go to for revenge?

Helena is furious beyond belief. She can’t forgive the angels for what they did to her, and 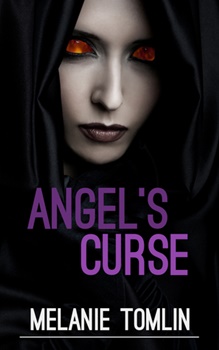 Danizriel — one of their own kind — who sought only to help her. Now she’s out for revenge.

A coordinated blitz takes place on the solstice and thousands of vampires lay waste to the angelic host, in an attack orchestrated by Helena. In exchange for her help, she receives three weapons from the time of the fall — powerful enough to destroy archangels.

With three archangels down and one to go, Helena gambles with her soul to pull off the kind of bluff that even Satan might fall for. If she loses, the devil takes it all.

This stunning novel packed with bloody action and full of unexpected scenes will just take you on an emotional roller coaster ride. Angel’s Curse is the second installment of the Angel Series written by Melanie Tomlin.

Which of them were truly the monsters? I thought. Those that had no choice – labelled monsters because of what they had become – or those that did not resemble monsters in the slightest, but were just as cruel? – Melanie Tomlin, Angel’s Curse

Angel’s Curse was all about Helena’s taking revenge for the death of someone she loves. As she seeks help from everyone she can ask for, she will discover things that she never thought would be so different from what she knows when she was still a human.

I am really so happy when the author granted my request to have a copy of this second book for free! I really enjoyed this one, especially this is not just about vampires or such creatures, but this also tells us what really happened to Satan and the other Angels. This is just like a retelling of the Bible stories with a new twist so you’ll enjoy reading it.

The rush of my blood was as fast as the action that had just happened. I cannot still forget how cool Helena is and how she really kicked those stuns! When something terrible happened to Danny, all I wanted to do is to scream, to curse, and to shout some hurtful words just to get rid of this pain that escaped out of my heart. This is so heartbreaking! It is devastatingly painful!

“Death has found you and it hungers for your soul.” Melanie Tomlin, Angel’s Curse

It made me cry and cry until I stopped reading it for a while so I can breathe. Whenever I continue reading it, my tears would just fall on my cheeks because I can still feel the pain. It is like my heart was ripped out of my body, and it was crushed into ashes. That’s how good the narration of this book is. Even if you don’t want to, you’ll get attached to the characters as if you are them.

I loved how playful yet bad-ass looking is Helena here. She really makes me want to cheer her every time she fights. I can also feel how painful it is for her to lose someone she really loved and how she is so enraged to have some revenge.

Melanie Tomlin really did an excellent job! She created a book that I’ve wanted to read, a new and unique novel that will make you so emotional and will touch your heart. I am now excited to read the third book that I got from the publisher via NetGalley.

Disclaimer: I received a review copy from the author. 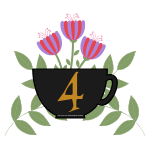 Melanie Tomlin was born in Beeston, England. At the age of three, her family moved to 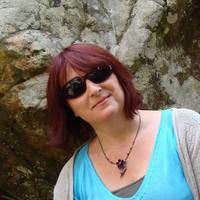 suburban Melbourne, Australia, where she has lived ever since. When she was twelve her parents bought her a typewriter, and she wrote her first novel that very same year. She still has the typewriter, which is somewhat worse for wear, but that first manuscript is now nothing but a distant memory.

Melanie is currently working on the fourth book in the ‘Angel Series’ — Angel’s Body — and a book of poems that she describes as sometimes sad, sometimes funny and more often than not a little dark.