Based on an original new story by J.K. Rowling, Jack Thorne and John Tiffany, a new play

by Jack Thorne, Harry Potter and the Cursed Child is the eighth story in the Harry Potter series and the first official Harry Potter story to be presented on stage. The play will receive its world premiere in London’s West End on July 30, 2016.

It was always difficult being Harry Potter and it isn’t much easier now that he is an overworked employee of the Ministry of Magic, a husband and father of three school-age children.

While Harry grapples with a past that refuses to stay where it belongs, his youngest son Albus must struggle with the weight of a family legacy he never wanted. As past and present fuse ominously, both father and son learn the uncomfortable truth: sometimes, darkness comes from unexpected places.

This is a fantastical and magical novel that will make your world rock as you go deeper into the story.

In this book, it tells us how the characters from the famous series of Harry Potter grow as an adult and how they handled their new life as a parent. Together with that, this book also shows us about the struggle of Albus Severus Potter (son of Harry and Ginny Potter) and how he and Scorpius Malfoy (son of Draco and Astoria Malfoy) became best of friends.

I loved this book even if this is not as awesome as the other books in the series. That amazing feeling you get when you read this is priceless. I know I’m not the only one who was shocked when we get to know the secrets of the past that even Harry and his friends weren’t aware of. And it is kind of surprising too because I don’t have any idea that it is possible – which is really impossible to happen.

The characters are awesome, especially Scorpius Malfoy. I liked how he handled the situations. As for Albus, he is cool too, but I mostly noticed Scorpius in the story so yeah, I can’t praise him enough. And there’s the trio we will never – EVER – forget! They already have their own family here, and well, I think they changed a bit. They are not the trio we’ve known for so long, but, nonetheless, it never destroys how I imagined the story. Also, why should I forget Draco (My book boyfriend, shhh) and how he really changed for the better. He shows me how awesome he is like a father to Scorpius and that’s really something. He is the only character that shows big improvements here, unlike the trio that’s kind of still the same as they were before.

The plot and concept are good but, some of it is a forced one – if you get what I mean, it is like they just put it there because they just want it. And, I’ve got some problems too about some parts of it like the scene where polyjuice potion was suggested by Albus and… I won’t give any more details here as it might spoil some of you who haven’t read this yet.

Overall, this is a magical gift from my favorite author. I get to enjoy the ride again to Hogwarts, but this time it is not focused on the trio but on their children. Even if this is written in a play format, I was still able to enjoy it. Very recommended to everyone, especially to those Potterheads!

J.K. Rowling is the author of the seven Harry Potter novels, which have sold over 450 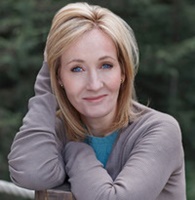 million copies and have been translated into 79 languages, and three companion books originally published for charity.  She is also the author of The Casual Vacancy, a novel for adults published in 2012, and, under the pseudonym of Robert Galbraith, is the author of the Cormoran Strike crime series.  J.K. Rowling is making her screenwriting debut and is a producer on the film Fantastic Beasts and Where to Find Them, a further extension of the Wizarding World, due for release in November 2016.

Neil Blair and The Blair Partnership are J.K. Rowling’s literary and brand management agents who have worked closely alongside the writers and producers in bringing this daring feat of the imagination to the stage.

Jack Thorne (born 6 December 1978) is an English screenwriter and playwright.

Born in Bristol, England, he has written for radio, theatre and film, most notably on 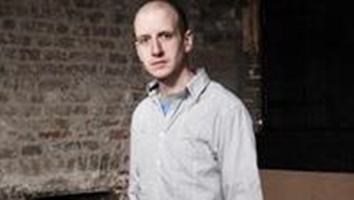 West End and on Broadway.  As Associate Director of the Royal Court, his work includes The Twits, Hope and The Pass. He was the director of Let The Right One In for the National Theatre of Scotland, which transferred to the Royal Court, West End and St. Ann’s Warehouse. His other work for the National Theatre of Scotland includes Macbeth (also Broadway), Enquirer, The Missing, Peter Pan, The House of Bernarda Alba, Transform Caithness: Hunter, Be Near Me, Nobody Will Ever Forgive Us, The Bacchae, Black Watch, for which he won the Olivier and Critics’ Circle Best Director Awards, Elizabeth Gordon Quinn and Home: Glasgow.  Other recent credits include The Glass Menagerie at A.R.T and on Broadway and The Ambassador at BAM. Tiffany was Associate Director of the National Theatre of Scotland from 2005 to 2012 and was a Radcliffe Fellow at Harvard University in the 2010-2011 academic year.