Benjamin is a programmer moonlighting as a security guard at Dystopia, a seedy club that caters to the down-and-outs, the desperate, the addicts. He’s been building his 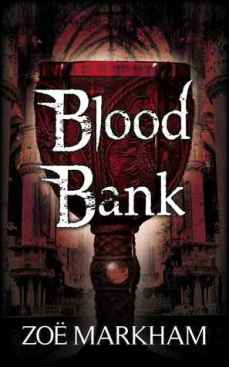 reputation, saving for a way out – but when he rescues a young woman from the nearby estate, he may just have stepped too far out of line…

Lucy is ordinary; a girl with a deadbeat boyfriend, a normal life and college studies. But when her world takes an odd twist, she starts to wonder about the people she’s meeting, the situations she’s in, the odd aversions and attacks happening around her. They’re just coincidences…aren’t they?

And Zack is in deep trouble. He’s losing his girlfriend, drowning in debt, and has dwindling job prospects – and that’s not the worst of it. His debt is to people who won’t ever forget it, and who want the things closest to Zack’s heart: his blood – and his life. In the heart of Swindon, an ancient order hides in plain sight, spreading their influence through the streets like a disease. But despite their widespread power they are catching up with the modern world: the vampires are going online, and the Order is about to become more powerful than even they would have dreamed…

A refreshing change on vampire stories.

Another vampire book that I was able to read last month, though this one was very different from most vampire characters nowadays. Instead, in this novel, it featured the vampires as to what they were seen before, scary and dangerous monsters that you should avoid at any costs.

The story started with Zach and Lucy having a date, but it was ruined when they need to pay the bill because Zach’s card kept on declining, so Lucy ended up paying for it. Then, they were inside the car when Zach received a call, and he told Lucy to just take a cab home, and it annoyed her. After that, the reasons why Zach needed to leave would be shown and what was with the call that he couldn’t just ignore it for that time; letting us see that there was more in the story. Then, another character named Ben would be introduced too; a vampire that was different from the rest of his kind.

I liked how the author has written this novel. It just gave me some break on reading those common tropes when it comes to vampire stories these days. I could say that this is a brilliant move to provide readers with a fresher idea on vampires. I also like how the author created three stories – for Zach, Lucy, and Ben; and how it was connected with one another. Then, the actions were great too! I was totally consumed by this book.

The characters were all likable. They show weakness and also strength. They all have their own stories to tell that made me curious about how they would move and act; and what would happen to them. They were also easy to connect to that made me enjoy this book more aside from its new storyline.

I just don’t like how most of my questions will be answered on the sequel, but oh well, that was not a big deal to me since I did like the story and I was able to get into the story.

In general, I did enjoy reading this book. I am recommending this to everyone who likes reading a book with vampires on it. If you are also curious about the story, you might want to try this too.

Disclaimer: I received a readers copy from YA Bound Book Tours. 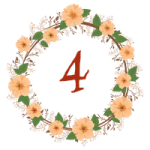 Mild-mannered editor by day, puppet-master of broken souls by night.