Princess Oona Talomir enjoys the little things that come with her station: a handmaiden, her lavish bedchamber, and scores of fancy dresses―the duty to win a decades’ long war, 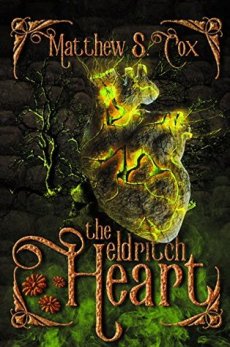 Oh, did I mention assassins?

Seers foretold the conflict would end by her hand. From the moment she drew her first breath, the neighboring kingdom has been trying to kill her so she could not grow powerful enough to destroy them. The king, fearing for his daughter’s life, has kept her confined to the castle grounds for most of her sixteen years. With the tide of war turning against them, the burden of her crown becomes too much to bear, yet one thing lifts her spirits amid the gloom.

Alas, in a kingdom obsessed with the god of purity, she is terrified to confess her forbidden love. When her father makes a demand she cannot abide―marry a prince to forge a military alliance―Oona panics. He is handsome and honorable, but he’s not Kitlyn. Unable to admit why she cannot obey, Oona does the only thing she can think of and runs away.

Alone and unprepared in the wilderness, she prays the gods will let Kitlyn find her—before the assassins do.

A fascinating and imaginative tale filled with actions and adventures.

This is the second book of Matthew S. Cox that I’ve read and it never failed to amaze me on how he could weave a story that instantly captivates my attention.

The story was told by two characters, Oona and Kitlyn. Oona is the princess of Lucernia, and she knew about the prophecy of her ending the war between her kingdom and the Evermoor. Though they don’t explicitly say how she will make it come true, she somehow believed that she will destroy their enemy’s kingdom and she will kill everyone living there; which she doesn’t like. She is also in love with her friend Kitlyn, who happened to be her handmaiden too. With the growing war, a lot of things happened to her and Kitlyn. They will go into different hardships that they will surpass on by their faith and love on one another.

I like how the author made this story, which also happened to be sweet and innocent than most LGBT romance that I’d tried reading before. The way it was written could also grab you on your seat just to read this even though the first part was just a little slow for me, the one where it shows how Oona and Kitlyn became friends and also how close they really were to one another despite their differences when it comes to social ranks. I don’t know why, but I cried at the start because I just couldn’t take how they were treating Kitlyn. She might be lower than peasants that the King took from the outside of the castle, but she was still a person that could feel pain and hurt. I just like to crush those people treating her like she deserves it because of who she was.

There was also a lot of breathtaking actions here and there. I especially like the one when Kitlyn and Oona were training and how Kitlyn wins against Morrow. Ah! Just treat him right for saying those awful words to her. I’m literally proud of her on that scene. Then, as the story goes, the twists are really awesome! Actually, I’ve been guessing since the start on how the story will go, and I just find it funny of me to not be able to guess them correctly; which I like it because it just showed me that this was not just another predictable story.

The characters are really just lovely ladies that are in love with one another. They are both relatable too. Kitlyn is my favorite character here because of how she stayed strong despite how she was being treated by the people around her. I also like Oona, but sometimes, I just find her a little whiny.

All in all, this is a YA fantasy book that will entertain you until the end of the story. I am recommending this to everyone.

Disclaimer: I received a reader’s copy from Xpresso Book Tours.

Born in a little town known as South Amboy NJ in 1973, Matthew has been creating

science fiction and fantasy worlds for most of his reasoning life. Somewhere between fifteen to eighteen of them spent developing the world in which Division Zero, Virtual Immortality, and The Awakened Series take place. He has several other projects in the works as well as a collaborative science fiction endeavor with author Tony Healey.

Matthew is an avid gamer, a recovered WoW addict, Gamemaster for two custom systems (Chronicles of Eldrinaath [Fantasy] and Divergent Fates [Sci Fi], and a fan of anime, British humour (<- deliberate), and intellectual science fiction that questions the nature of reality, life, and what happens after it.

He is also fond of cats.