I’m the Mayor of London.

I’ve come to New York purely on business. The usual boring meetings with other 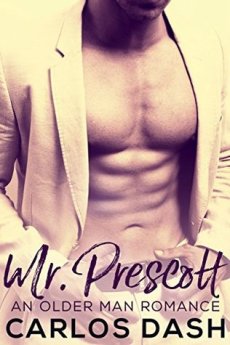 I don’t expect my time here to be exciting in the slightest.

But who’s that woman I met this morning? No, girl. That would be a more accurate term for her.

She’s only twenty-one years old. A college student. Someone who shouldn’t get mixed up with a guy like me.

But I can’t get her out of my mind. Every single time I close my eyes, I see her face. How can someone I just met do this to me? That’s the kind of stuff that happens in movies. Not real life.

I know this will be a dangerous risk for me, but I can’t help it. I want her. I need her. And whatever it may do to my career, I won’t stop until I have her.

Mr. Prescott is a standalone New Adult Romance novel told entirely from the point of view of the male lead.

Mr. Prescott is the new and youngest mayor of London. It has been a tradition that the new mayor of London will visit New York and meet the politicians there. There might be no way out of it, but he was glad that he was able to see New York for the first time. Bringing him also in a stop when he saw the bookstore while touring the city. He entered it while his bodyguards wait for him and inside, he saw a girl who was being reprimanded by his manager and even if he doesn’t like to barge in, he decided to help the girl. But what that girl did to him was unexpected for him as he was never able to feel that way before. He wants her more than anything else.

This is a story where age doesn’t matter. It was told from a male lead character’s POV. I guess, him narrating the story was a nice change for me because most of the books I’d read was told mostly by women. I like the story-line, but the way it was narrated was not very compelling for me. All I ever see was Mr. Prescott thinking all throughout the story on how beautiful Nicole is, how he wants her, how he likes her, how is she very different from all his girls, etc. Maybe, because it was a guy’s thought? I’m not sure, but even if it was like that, this book is still a nice read for me.

The main character might look at himself highly, but I can say that he is developing into a better man as the story goes. The plot is good too. Maybe, what I just don’t like in the story was the fact that it did not leave a wow factor on me. I finished reading it with just me saying, “Ok, this was good but not enough for me to really like it.”

Overall, this is a steamy romance novel that I’m recommending for romance lovers to read. If you also like characters falling in love wherein their age has a big gap, then you should try this one too. 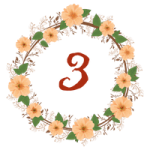 I’m a guy who likes to cut right to the chase, so here we go: I’m a male author of

Romance/Erotica novels that are told entirely from the POV of the male protagonist. If you enjoy happy endings and steamy tales about people falling in love quickly, my stories are for you.