Generations of twin goddesses have long ruled Aeon. But seventeen years ago, one 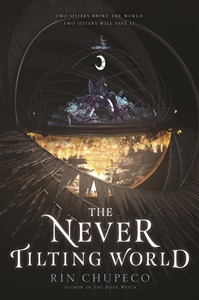 sister’s betrayal defied an ancient prophecy and split their world in two. The planet ceased to spin, and a Great Abyss now divides two realms: one cloaked in perpetual night, the other scorched by an unrelenting sun.

While one sister rules Aranth—a frozen city surrounded by a storm-wracked sea —her twin inhabits the sand-locked Golden City. Each goddess has raised a daughter, and each keeps her own secrets about her sister’s betrayal.

But when shadowy forces begin to call their daughters, Odessa and Haidee, back to the site of the Breaking, the two young goddesses —along with a powerful healer from Aranth, and a mouthy desert scavenger —set out on separate journeys across treacherous wastelands, desperate to heal their broken world. No matter the sacrifice it demands.

Rin Chupeco is one of my favorite authors since I started reading her book, The Bone Witch. Her writing style has this unique pull to me that makes me read her book no matter what mood I have that day. Now, on this new story that she has written for us (well, me) to devour again, I am secretly nodding with myself that she has set me again on another adventure that I’ll enjoy.

The Never Tilting World is the first book in this duology, and it has four POVs that are new to me. I am used to reading two POVs, and not four, so I doubt if I’ll be able to follow the story if there are four POVs. But, I love how Rin was able to manage to make it easy for me to understand the story through them. The start of everything was not told in one go, but by bits, through each chapter and each POVs. And I guess it works for me because that’s what makes the story more enjoyable. You are put into a place where you need to discover how everything really did start, and the only clue you have is whatever knowledge and information the four characters and the people around them possess. The author makes me feel involved in solving this puzzle that even our main characters are trying to solve.

The plot is fascinating! I love how Rin Chupeco mixed all those elements! The magical system, the creatures, the characters, the settings, the conflicts, and the themes are all good! It might be too many for the others to understand, mainly if they are not used in reading many POVs, but I know that you’ll appreciate how the author knitted the stories together if you finish reading this book and her other books too. You’ll love her way of writing her novels.

Now, I loved the diverse characters that we have in this story. We have LGBTQ+ MC, disabled MC, and an Asian MC. To give you a little insight into the characters (because I want you to know them more by reading this book), I’ll describe them below.

Another thing that I loved in this book is how the current problem that we have – climate change – is used as part of the story. As someone who has environmental advocacy, this gives me more interest in reading the story because I want to see how climate change was depicted in it.

Overall, I loved the mixture of adventures, quests, dangers, love, war, and mysteries in this binding dystopian set in a damaged world. I recommend this book to all fans of Rin Chupeco, and to anyone who would like to read it.

“The world’s too broken to repair. And they don’t get points for wanting to revive something they destroyed in the first place.”

This quote seems simple, but it held deep meaning to it.

“Just because the people in charge screwed everything to hell and beyond doesn’t mean we can’t find a way to take back what we’re owed.”

“But as there’s talk, you’ll no doubt ensure they keep their mouths shut in favor of keeping their tongues.”

Two boards that will show you something to look for on the two sides of this broken world: 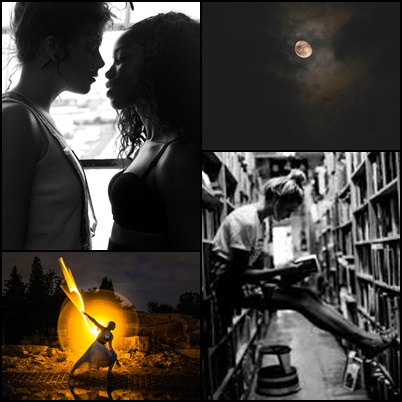 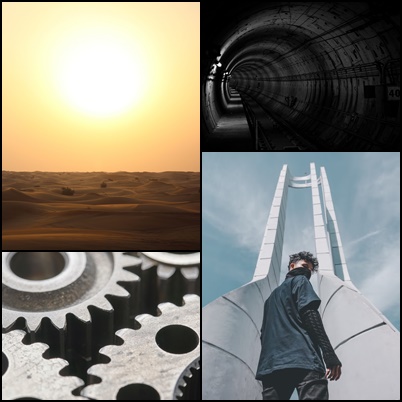 Disclaimer: I received an advance reader’s copy via Caffeine Book Tours and Edelweiss.

people out of their money at event shows, and done many other terrible things. She now writes about ghosts and fantastic worlds but is still sometimes mistaken for a revenant. She is the author of The Girl from the Well, its sequel, The Suffering, and the Bone Witch trilogy.

Despite an unsettling resemblance to Japanese revenants, Rin always maintains her sense of hummus. Born and raised in Manila, Philippines, she keeps four pets: a dog, two birds, and a husband. Dances like the neighbors are watching.